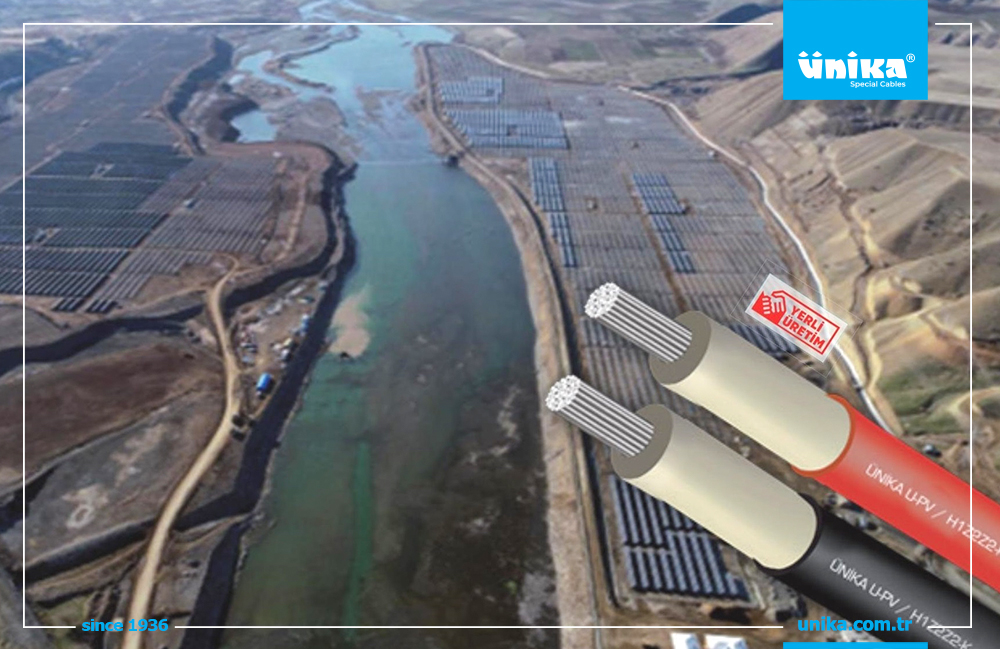 Another Milestone Project from UNIKA Cables

Another Milestone Project from UNIKA Cables

The solar power plant is installed in connection with the Aşağıkaleköy Dam and Hydroelectric Power Plant in the Genç district of Bingöl City.

It will reach 80 MW of installed power and will produce 130 Gigawatt-hour (GWh) power annually.
The Solar Power Plant is built on nearly1,100 acres facility consists of 200,000 units, solar panels and it is the second Largest solar power plant in Turkey.
The Aşağıkaleköy HPP, to which this Solar Power plant isconnected, has a power of 510.20 MWm / 500.00 MWe and the annual averageelectricity generation forecast is 1,200 GWh.

It is Turkey’s fifth-largest HPP project.